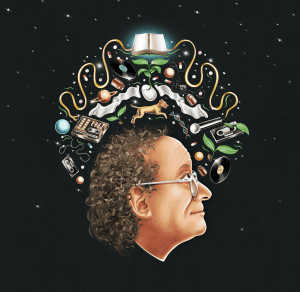 The Mission of the Howard Bloom Institute (HBI)

The mission of the Howard Bloom Institute is to upgrade, uplift, and empower humanity. And to uplift, upgrade, and empower generations yet to come. HBI aims to accomplish this through the promotion of the work and ideas of Howard Bloom. Ideas that offer a new perceptual lens through which to see everything inside you and everything around you in whole new ways.

Want to change the way you perceive the world around you? From politics to protons? From depression and elation to bacterial social relations? From the big bang to what’s going on in your brain as you read this sentence? Join now.

Russia is deliberately attempting to wipe out the Ukraine’s entire power infrastructure.    Moscow’s goal, say Vladimir Putin’s chosen TV hosts and their guests, is to plunge Ukrainians into darkness, to freeze them, and to use winter as a weapon to destroy them.   ...
Read More

Space Is the Green New Deal

COP-27 is underway in Egypt’s Sharm El Sheikh with a basic goal laid out in its statement of purpose:   “Mitigation of greenhouse gas emissions with the goal of reducing global emissions by half by 2030.”   But that is just one small step toward a greater goal—net...
Read More

A major race is coming up in the next few weeks, a race between two rockets.    But the rocket that’s the clear winner is being hobbled by the government.  It’s SpaceX’s Starship.  Starship’s alleged competitor is NASA’s Artemis Moon Rocket.   NASA has been working...
Read More

Did Trump Win or Lose This Election?

Historically, in the first mid-term after a new president steps into office, his party loses the House and Senate. In a landslide.  So Republicans anticipated a red wave, a tsunami of Republican wins in November 8th's elections.  But said the Democratic Washington...
Read More

Saad Ibrahim Almadi, 72 years old and a joint Saudi and American citizen, was arrested at the Riyadh airport in Saudi Arabia when he arrived for a two week visit to family. Almadi is a project manager who retired[i] to Florida. Reports England’s the Guardian, the...
Read More

On April 14th, roughly six months ago, Elon Musk offered to buy Twitter for $44 billion.   Then he pulled out of the deal.  Now he is pulling back in again, offering to buy Twitter at the original price if Twitter will drop a lawsuit it filed against him after he...
Read More

On Tuesday, September 13, a 22-year-old Kurdish woman, Mahsa Amini, came out of a subway station in central Tehran, walked through a park, and in that park was arrested by Iran’s Moral Security Police.   The morality policemen bundled her into their standard white and...
Read More

At 9 am Moscow time Wednesday September 21, Vladimir Putin gave his first address to the Russian nation since he started his Ukraine war in February 2022.  The speech was shocking.  It revealed a worldview radically different from yours and mine.    Shock number one...
Read More

Two new polls show that since the beginning of the Covid pandemic on March 11, 2020, some of us have had trouble sleeping.  There are two main things keeping us awake.  We are worried about the state of the world and its impact on us.  And our mate in the bed next to...
Read More

Your Lifespan Has Just Nose-Dived

First, let me give you the hidden bottom line of this story.  If you are a man or a boy, nature has cut your lifespan off at the knees.  Now for the news.   On August 31st,  the CDC dropped some startling statistics about your probable lifespan and mine.  Life...
Read More

We are capable of more.

That’s the message of the Howard Bloom Institute.

The founding of the Howard Bloom Institute is almost as interesting as the man the institute is named after.

When Alex Watler, Ryan Begin, and Josh Leet watched the award-winning documentary The Grand Unified Theory of Howard Bloom, they were immediately struck that the message of this man’s overall life was fascinating and of urgent importance.

From building his first Boolean Algebra machine and co-designing a computer that won science fair awards at the age of twelve and working at the world’s largest cancer research center and creating a theory of the beginning, middle and end of the universe that predicted dark energy at sixteen to his stellar career as probably the most celebrated publicist in music and certainly rock and roll history, it would not be an overstatement to say that Howard Bloom is a force of nature.  Managing and generating public awareness for music giants such as Michael Jackson, Prince, Bob Marley, Aerosmith, Paul Simon, AC/DC, Queen, Run DMC,  Billy Idol and Joan Jett, just to name a few, is what most of the world knows him for. Then his unexpected recasting and reinvention of himself as a theorist of everything, if the title ever belonged to anyone, after enduring and surviving one of the most devastating illnesses possible. Since retiring from being one of the most sought-after and respected publicists in music history, Howard Bloom has been devoting his life to developing the most comprehensive understanding of the cosmos possible, right down to the human soul, as he is fond of saying.

Not being able to get the film off their minds, these three men, each brilliant and fascinating in his own right, didn’t think it was an overstatement to say that Howard’s thoughts are of great importance to our time and history and our ability to make it on this planet and in space in the future without destroying ourselves and managed to get in touch with Howard Bloom to ask him if they could join the Howard Bloom Institute. Howard was so impressed with these individuals that he thought that was an outstanding idea.

There was only one problem.

There was no Howard Bloom Institute.

No multidisciplinary, bleeding-edge organization committed to understanding the truth no matter the cost.

The fortuitous meeting between this group of thinkers led to the founding of the Howard Bloom Institute; and all of the dreaming and research that will allow humanity to survive and flourish in the universe now and in the future featured in the film were made manifest in reality.

The Howard Bloom Institute now includes an impressive list of people from Jeff Bridges to Harry Hamlin to leading researchers in fields such as space technology and from locations as diverse as Vienna, London, and Spain.

The Howard Bloom Institute is a place to discover and immerse yourself in Howard Bloom’s unique understanding of humanity’s deeply meaningful place in a universe that wants to never stop learning about itself through you and me.

Welcome and enjoy your exploration.